My husband and I were in the middle of a very dramatic, very intricate argument this morning when he sent me this text:

“Sorry to interrupt, but the school just called to say that after-school programs are cancelled because of the snow. Does that include YMCA? If it does, I’ll leave work early and get Vince.”

I couldn’t help but laugh. He actually paused our argument to offer to pick up our son from school. After 18 years together, we’ve become that versatile. Neither of us could ever have imagined just how much of a well-oiled machine this marriage would be when I said yes to a 20 year-old kid kneeling on his bad knee in front of a park bench (in the pouring rain- cue movie music) in 2003.

So what would I tell 22 year-old Cathy & Pat before she walked down that aisle, whispering with her father about how they both had to pee?

Probably something along these lines.

Marriage takes more than lust and heat and giggling over dessert at a candlelit table. Everyone knows that. But what those vows don’t really lay out is just how much work it requires, every single day (some days, every single goddamn hour).

Spoiler Alert- you won’t always like your spouse! You may, at times, even want to throw a salad plate at their stupid face. Please refrain from doing so, of course, but don’t feel like a terrible person for fantasizing about shredded carrots landing in their hair. It happens.

Marriage takes so much more than honoring, cherishing, and committing to another person. It takes LIVING with them without one of you ever actually being committed to an institution. It takes dealing with snoring, belching, coughing, sniffling…you have no IDEA how many variations of a sniffle there are until someone is lying next to you at 2am, trying them all out.

Marriage takes the patience to listen, with a smile on your face, to every aspect of their day- right down to the fact that they put too much dressing on their salad at lunch- because you know they’re so stressed that they need to let it all out (even the dressing disaster).

Marriage takes the flexibility to get to know all of the new things they’re falling in love with, and hopefully fall in love with them too (or at least know enough to follow along). Do you think Pat will really get as excited as you do when you perfect a new vegan cheese sauce? No. But will he declare with a straight face that he can really tell you added one more pinch of garlic, and that’s what made all the difference? Yes he will. Because he supports your vegan cheese sauce obsession, as any good spouse would.

Marriage takes the strength to look at the other person during the throes of an argument, acknowledge that in that moment you are seriously questioning what you ever saw in them, and decide to stay and hash it out anyway.

Marriage takes the resolve to not just stand by someone who is suffering from depression or an anxiety disorder, but to willingly hurl yourself into the line of fire, over and over again, because you know the only way to help them navigate the episode is to really hold onto them…and that means getting pummeled a little bit harder the closer you get.

Marriage takes the emotional fortitude to shower your spouse with affection and kindness at the exact moment they’re using all of their energy to convince you that 1.) They’re not worthy of companionship and 2.) You should pack a bag and never look back (and believe me, sometimes you will want to).

Marriage takes the kind of selective memory needed to watch your spouse expel a human, and several bodily fluids, while sweating buckets and growling like a dog, and still want to be intimate with her.

Marriage takes the kind of equally selective memory needed to hear your spouse, in the heat of battle, expel a single seething sentence that brings you to your knees…and still decide to get up, brush off those knees, and spend the rest of your life with him.

Marriage requires a well-rehearsed game face and non-confrontational, supportive tone for any situation, including but not limited to:

It’s not all struggle- if it is, you may actually want to pack that bag and run (still don’t throw the salad plate…really. Deep breaths). No, on the contrary, it’s, dare I say, pretty awesome. Because on the other side of all the patience, emotional (and intestinal) fortitude, and forgiveness it requires- you get all of this:

Sure, it’s not all candy and roses. Honestly, 34 year-old Pat is prone to dental issues and Cathy prefers the $5 bouquets from Trader Joe’s. But you’re getting someone who will always give you the “good” seat on the couch, hold you when you insist you don’t need to be held, and always, ALWAYS, give you an equal number of tater tots.

That, my friends, is worth the “work.” 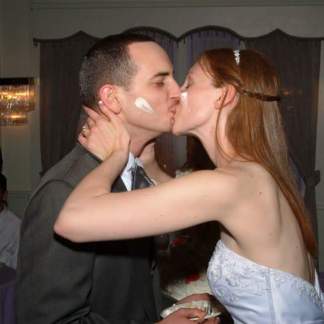 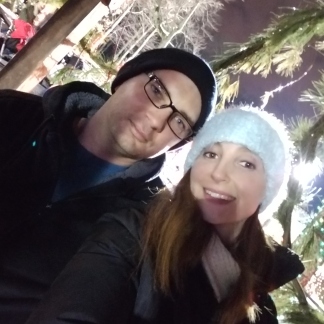 4 thoughts on “The Devil You Know”